Joist hangers are used most commonly on decks and interior floors and are typically made of galvanized steel. They are commonly sold based on joist size and expected load. The typical hardware store will carry most common sizes and can usually order irregular sizes. The most common type of joist hanger is ‘face-mounted’ but others are available unusual conditions.  First, the joist is typically toenailed into position using a 16d nail assuring the joist is flush with the beam it’s being attached to. Screws are generally not recommended for joist hanger fastening.  Galvanized 10d common nails or 16d sinkers are recommended. On each side of the joist several nails will be face-nailed through the joist hanger flange into the beam and several nails will be driven at an angle through the joist hanger flange into the joist itself only. 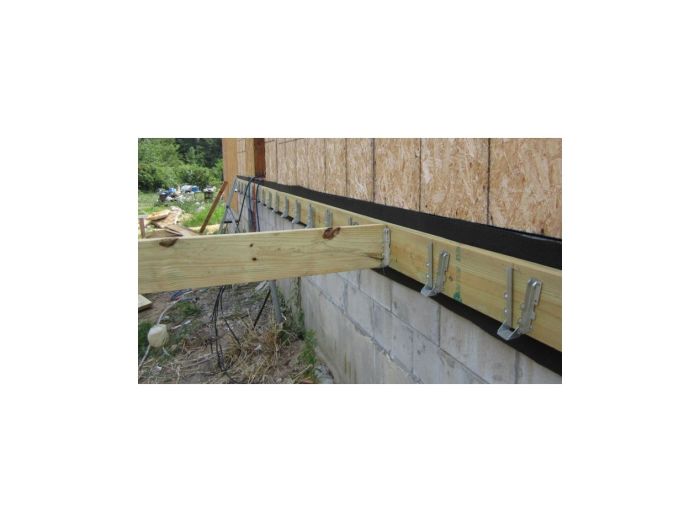