A steel I-beam (also referred to as an H-Beam or W-Beam) is a critical member of structural engineering whose primary purpose is to support and transfer loads horizontally towards it’s ends, often to columns, girders, or other structural members. The horizontal element of the beam is often called the ‘flange’ and the vertical member called the ‘web’.  The two primary types of I-Beams are Rolled (hot, cold, or extruded depending on material) 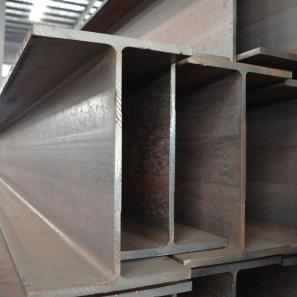 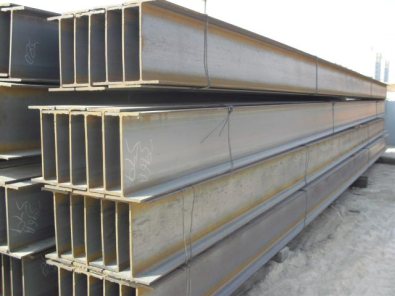 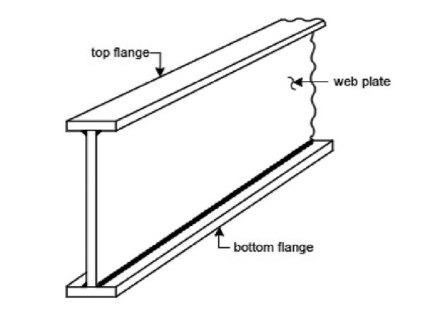 shapes have mostly overtaken classic I-Beam (S) shapes due to superior structural efficiency. The primary difference between an S shape and W shape is the width of the flange. One rule of thumb commonly used by engineers for specifying beam sizes is: Beam = Span/20 – Girder = Span/15 – Width = 1/3 to 1/2 of Depth. Though steel is most common, I Beams may also be formed from aluminum. In a beam application, the web acts to resist shear forces while the flanges resist bending moment forces on the beam.  I-Beams however are relatively inefficient for torsion loading.

I-Beams are labeled by the depth and weight of the beam. For example a W10 x 22 beam is 10″ deep and weighs 22 pounds per lineal foot. There are three systems often utilized depending on the building type and use, ‘One Way Beam System’,  ‘Two Way Beam System’, and ‘Three Way Beam System’. The common objective when engineering a structural I-Beam system is to use the lightest steel section available while maintaining resistance to bending and shear forces while staying within the tolerated stresses. All this while also limiting deflection of the beams considering the intended use.

Every Pair of external columns supports a long spanning beam completing the structural steel system.. This system is most utilized on long narrow buildings. Columns within the building footprint can be limited or eliminated with this option but the building width is limited by the span (size of the beam, column foundation design, size of the columns)

A typical span range for I-Beams is 20′ to 32′. Anything longer than this range will often become an open web steel joist system for increased economy because of reduced weight and similar performance. I-beams are commonly spanned between 6′ and 15′, which depends on the loading above and the spanning ability of the metal deck. When I-beams become framed into the girders, overall floor depth can be minimized.  Beam webs can be cut and cored into for small diameter pipe and mechanical services, but anything large will often need to be installed in a suspended ceiling space below.

This beam system is comprised on primary beams, and secondary beams which often bear perpedicular on top.  It is common to have long spanning members (typically Open Web Steel Joists) running parralel to the secondary beams, underneath the primary beams.  A two way beam system tends to be utilized more when the elimination of columns within the building footprint is desired and having a thicker floor depth is not a concern.